Getting into Nursing School Because of an Admissions Advisor

Megan, a Roseman Accelerated BSN Admissions Advisor, shares how she helped one student go from being unsure of herself to getting into nursing school to walking across the stage and receiving the President’s Award for Demonstrated Leadership as a Student Nurse at graduation.

Education has been my passion since childhood. Enthralled with learning, I would spend my weekends and summer vacations in the library reading anything and everything. It only made sense that I went into education as a vocation.

I started as an admissions advisor for the ABSN program at Roseman University in October of 2013. I had never worked in college admissions before and I was excited, yet nervous, for all that would come with the responsibilities of helping students get into nursing school and become nurses.

I remember this start, my first start, very clearly.

I remember most of the students I worked with, even a year and a half later. These students weren’t aware of it, but they were my first students I assisted with getting into nursing school. It was a big deal! Not everyone has the privilege, ability, or opportunity to go to college, especially a second degree program.

Getting Lauren into Nursing School

One student who has made the biggest impression on me, whom I will always remember with great fondness, is Lauren.

The First Time I Talked to Lauren

Lauren and I spoke for her initial appointment in January 2014. She was living in Oregon with her boyfriend at the time and really had a passion for nursing. She was smart, had great grades and a desire to help others. Soft-spoken, but not shy, Lauren and I soon developed a close professional relationship and I would look forward to our calls every few weeks.

Lauren was nervous, but I assured her I would help her throughout the process. She completed her prerequisite coursework, applied, was invited for interview day, and was offered a spot in Roseman’s Accelerated BSN program—of course! While I knew she could do it, at times she didn’t believe it, and we worked on improving her confidence.

I believed in her, and I was adamant that she was going to believe in herself.

About a month out from the start of the program, Lauren called me worried. She didn’t know how she was going to pay for her education.

Like most students, Lauren had previous student loan debt, and it was difficult to secure private loans with limited work experience. With a bit of research and some creativity, we determined she may be eligible for scholarships through the Native American tribe her family was a part of. She applied and was awarded the funds that would cover her tuition, books, and fees. She still needed living costs, so she began her search for private loans. Luckily she didn’t need as much as before and it was easier for her to get approved. 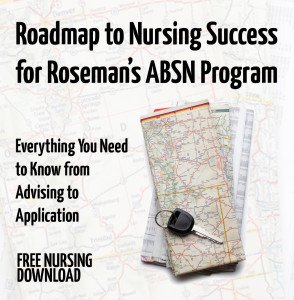 While one problem was solved, another quickly arose. Lauren and her boyfriend were planning to relocate to the Las Vegas area when nursing school started, but she was short on funds to move. Although approved for loans to cover living costs, the money would not be available for a few weeks after class had started, and she needed to move ASAP. Worried she would not be able to make it work, she called me in a panic.

Thinking out of the box is my forte. There’s always a solution to a problem if you look hard enough.

I refused to give up. Lauren wasn’t going to get this far and not be able to start the ABSN program. I worked with our site director and found a small relocation scholarship. These funds were able to assist her with signing a lease near campus so she could start on time.

By the time orientation came around, I was relieved, exhausted, and ecstatic to meet the students I had helped get into nursing school! Everyone was there for orientation and I got to meet them all in person at once. I had spoken to everyone over the phone, but had yet to meet everyone face-to-face.

Meeting Lauren in person was equivalent to meeting up with a long time best friend for lunch. It was if we had known each other for years. I was so proud of everything she had accomplished to get into nursing school at Roseman. All her efforts paid off. She didn’t give up!

When orientation wrapped I said my good-byes, as our working relationship had come to its end. Soon after I received a thank you card that I still have on my desk to this day. In it, she calls me her cheerleader. I think that’s an honest description of what I do. It serves as a reminder of how I can help people with a passion for nurses get into nursing school. It reminds me that I do make a difference.

While I didn’t work with Lauren after orientation, I still kept tabs on how she was doing. An accelerated nursing program is not easy. But Lauren thrived. She was active on campus and passing her classes. I knew she would do well! Her positivity, friendliness, and desire to help others demonstrated to me that the field of nursing would benefit from Lauren joining their ranks. I was given the opportunity to return to Roseman to attend her graduation. Excitement doesn’t even begin to describe what I was feeling!

Watching Lauren cross the stage at the pinning ceremony has been the most fulfilling experience of my professional life, post-teaching.

I’ve been trying to find the words to explain what it’s like to see someone progress from considering a major life/career change to being accepted into a highly competitive nursing program to successfully completing the program and graduating. She finished what she started!

I am not ashamed to say that tears streamed down my face watching her cross the stage. She was awarded the President’s Award for Demonstrated Leadership as a Student Nurse. I knew how hard she had worked for it and she deserved this! It was an emotional moment.

Every conversation, struggle, doubt, that she and I discussed came to memory watching her that night. After the ceremony, I wanted to tell her what she meant to me. But before I could do so, she told me that she couldn’t have done it without me. I still believe Lauren could have managed without me, but it meant the world to hear how I had impacted her life. It made it all worth it.

Knowing that I assisted someone with attaining their dream of getting into nursing school, contributing to the education of future nurses, is an amazing feeling. Lauren and I plan to stay in touch and I know that great things lay ahead in her future.

Looking back, the best advice I can give to anyone who seeks change and wants to follow their passion to become a nurse is to never give up. As cliché as it sounds, it’s true. If you look hard enough, you’ll find a solution. Or I’ll find one for you.

Because sometimes we just need someone else cheering us along the way. And I am happy to be a cheerleader for anyone wanting to improve her life, take a chance, and become a Roseman ABSN student.

Ready to get started on your nursing journey with a personal Admissions Advisor? Contact us today. 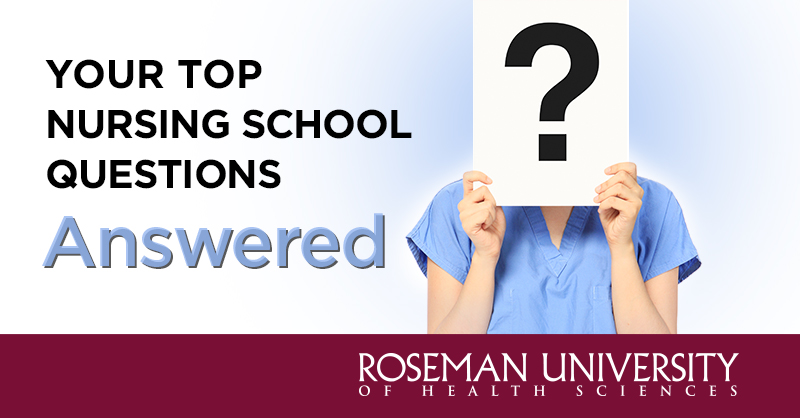 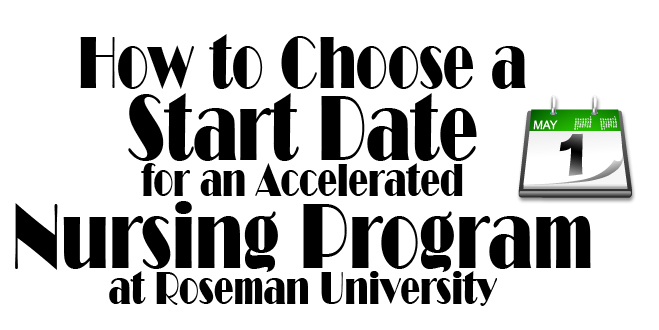